Oniontown Pastoral: A Time in Germany

When wife Kathy and I traveled to Berlin in March, my old wristwatch went with us. This was risky, as the second hand had broken free from its post. My digital Timex Ironman would have been the logical choice, but there was something poetic about a second hand napping as if in a hammock slung between 5 and 7. Anyway, it served faithfully for decades and deserved one cushy foreign assignment before its retirement.

Kathy and I had been in the land of oompah bands and lederhosen—we encountered neither—for less than a week when I determined that Deutschland was more foreign to my watch than to me, the greatest distance between Germany and Pennsylvania being Central European Time’s five-hour lead on Eastern Standard Time. The human condition “auf Deutsch” and “in English” is about the same. 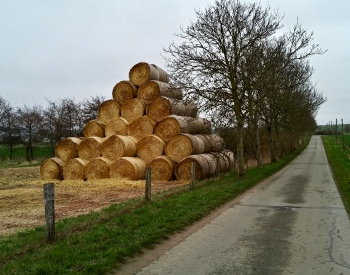 German round bales, looking like those in Oniontown, though stacked differently 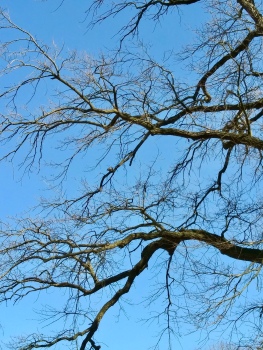 Bare branches against a German sky 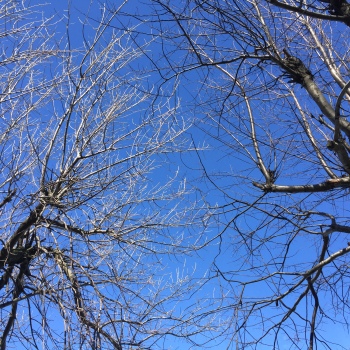 Bare branches against a Pennsylvania sky

Of course, appearances insist otherwise. For example, scads of Berliners dress in solid black: fedoras, scarves, leather jackets, dungarees and boots, all black. A citizen strolling down Oniontown Road so attired would draw glances, while in the German capital you could go a whole afternoon without seeing America’s color “du jour,” pink. 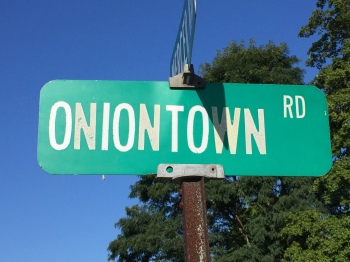 And holy skinny cow! The percentage of Germans who look undernourished roughly corresponds to Americans like me who ought to give their forks a rest.

The most curious difference between the Federal Republic of Germany and the United States of America may be each country’s cemeteries. In 2010 Stars and Stripes reported what our friend and host Claudia explained to us: “Under German law families lease grave sites for a specific period of time, usually 15 to 30 years. And, if a family is unable or unavailable to renew the lease, the grave’s contents are removed and the grave site reverts to state ownership and may be reused.”

Tombstones over a century old are rare—which was disappointing news. Kathy and I wanted to visit the grave of Johann Specht, my great-great-great-great grandfather who was born in 1767, but contented ourselves with following narrow roads to Gross Köthel, the village where he abided his 66 years. We also checked out Schröedershof, birthplace of my great-great-great grandmother Magdalena Peters Specht in 1816. She immigrated to the U.S. and died in North East, Pennsylvania, about 15 minutes from my front stoop. 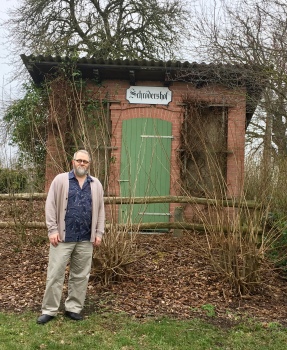 Out looking for Magdalena

Soon I’ll look for Magdalena’s resting place, but I won’t be wearing my old watch. The minute hand has now fallen off, which doesn’t count for much when you’re musing about ancestors, but here in the present, a quarter of an hour either way matters.

I’ve decided to hang the languishing timepiece on the wall beside my desk as a reminder of Germany.

Standing in the places my great-greats called home and wondering at crumbling stone buildings that they might have known, I didn’t cry or even get choked up. Still, these villages felt vaguely familiar, as if presences who have always loved me patted my hand, like my mother did when I was worried.

There would be no passing my fingers over Johann’s name carved in stone, but I still hoped to touch the font in which my great-great-great grandfather, also Johann, was baptized in 1811. No such luck. The church was locked, and worship was being held down the cobblestone street in an auxiliary building. Peeking in the window, Claudia, Kathy and I saw the pastor in a black suit preaching to a handful of elderly congregants. (America isn’t the only country with empty pews.) 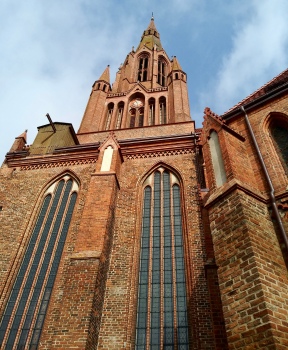 Church where Johann Specht was baptized

You might think our trip was a letdown, but Kathy and I loved Germany and most of all commiserating with Claudia. The thing is, joy and disappointment travel hand in hand.

We saw the villages, but not the graves. We saw the church, but not the font. We saw the Castle Church in Wittenberg, Martin and Katie Luther’s home and other sites, but dragged along with us tickling coughs that persist to this very moment. 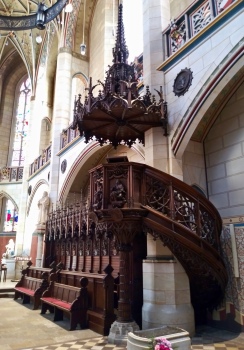 Pulpit of the Castle Church in Wittenberg–visiting clergy may not ascend! 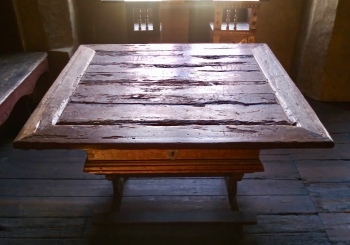 Table at Luther’s house, where he talked many a long hour

The world is thus, here and abroad. I refuse to let perfect be the enemy of wonderful. Yesterday and today are at once poetic and broken, like my old watch, now able to remind me only that hours are passing away.

It’s still right twice a day, but the third hand must eventually lose its grip. When it does I’ll pray to visit Johann and Magdalena in glory and hope that great-great-great-great grandchildren searching for my grave will feel me pat them on the hand. 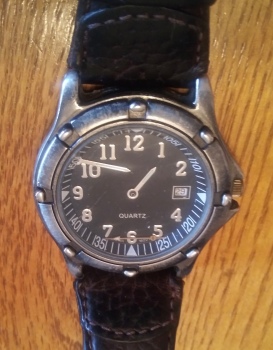