Have you ever spent hours on roller skates, then put on your shoes and felt as though your feet belonged to somebody else?

Have you ever gone to a matinee and walked from the darkened theater out into a shock of summer day?

If so, you can imagine my reaction to a message I received last Thursday: “Jack just passed.”

He was thirty-five, and a ravenous cancer was the thief. He had little kids. Jack and my friend Birdy had been married a few short months—I never even had the chance to meet the man.

What knocked the wind out of me was this: Birdy’s father, Fran, succumbed to cancer on Monday. So the father of the bride and her groom passed away three days apart on the same hospice hallway.

I learned of Jack’s death after a lunch of beef noodle soup at Cathy and Ed’s house. I savored buttered croissants dipped in broth, cheesecake for dessert, and stories with twists and turns. The visit refreshed and blessed me. 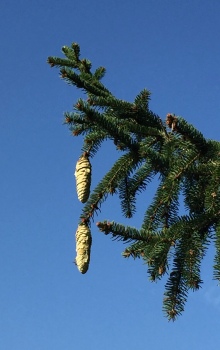 An impossibly blue sky in Oniontown

Then came the matinee moment. As I walked outside, a stunning afternoon was waiting. The chilly morning air had warmed. The sky was cloudless and impossibly blue, a color created for welcoming souls.

I paused in the driveway, looked up and took in a draught of fine air. If Cathy and Ed were watching, they probably wondered what in the heck their pastor was doing.

Pastor John was thinking, “My God, what a perfect day” and at the same time, “Oh, Birdy.” Heading over Methodist and Mercer Roads to the church, I couldn’t get the beauty around me to harmonize with what my friend must have been feeling.

Under normal circumstances Birdy’s smile ought to be shipped in bubble wrap to sad folks everywhere. Her laugh is medicinal, but recent years have delivered more than her share of trouble. Thinking of her shining spirit, I’ve often said to myself, “All right, Life! Birdy has endured enough, okay?”

Last week wasn’t my first time traveling through light while contemplating darkness. Back in seminary I spent one summer as a hospital chaplain. Most days, the trip from the revolving doors to the parking lot after work was five weary minutes of humidity and dissonance.

As citizens zoomed around Columbus on their errands, scores with IVs in their veins either got well enough to go home or prepared for the move everyone is required to make eventually. The sidewalk outside belonged to a different universe from the one with tile floors and elevators. 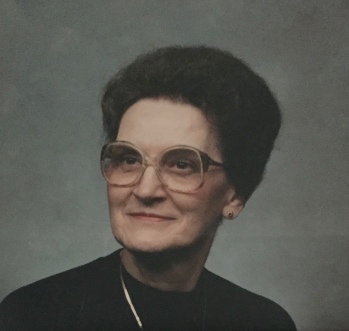 Author’s confession: I was a mama’s boy.

On day one as a chaplain, I should add, my mother died of sepsis in Erie, Pennsylvania. That thirty-six-year-old future pastor who prayed with the ailing and comforted the fearful was grieving hard, falling apart himself.

In worse shape than me was Lou, whose best and only friend Sally—my chaplaincy patient—had fallen backward while carrying groceries up slippery steps. He had no family.

“Come on, Sal,” Lou said over and over, patting her clammy forearm. “Wake up. Don’t leave me all alone.”

“Did you see that?” he would say. “She moved! Did you see?” Each incidental twitch held the hope of Sally getting well so they could pass evenings watching Jeopardy and playing Gin Rummy.

Lou came up to my nose and wore a confused expression, eyes squinting, lips forming the tail end of “why.” The world was an inside joke he didn’t get.

A couple of weeks into Sally’s coma, the end was inevitable. Saying the Lord’s Prayer, we came to “thy will be done,” and Lou sagged in surrender. With his forehead resting on the bedrail, his shoulders rose and fell with hoarse sobs.

(For the record, I don’t believe Sally hit her head on concrete because God willed it, but we’ll save that distinction for sometime later.) 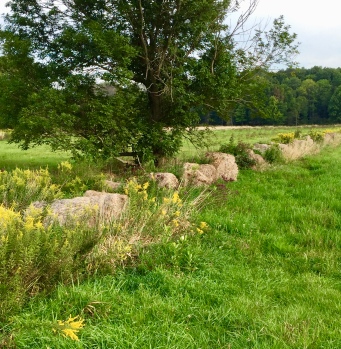 Nothing sadder than round bales on a summer day.

Lou told Sally goodbye in 1998. That July, with my mother’s passing still fresh and patients’ worries following me home, I understood why E. B. White once wrote, “I don’t know anything sadder than a summer’s day.”

“When you roll down the window,” you might say, “why not just enjoy the air rushing across your arm? Why not put Lou on God’s bus and rather than having him ride with you?”

Because I still care about Lou. And I love Birdy.

“Dude,” she said as we hugged at her father’s wake. That one word was plenty to say, “I’m in pieces” or “What am I supposed to do now?” 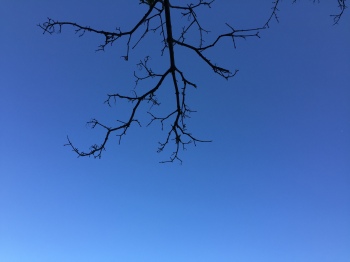 A blue worthy of singing

I’m not about to forget friends so my spirit can sing along with blue skies. Besides, I would rather trudge through sleet with them than lounge at sunset and lift a champagne toast without them.

There’s no such thing as a perfect day, I suppose. Give me a truthful day instead, with joy and sorrow rubbing elbows. Best of all, give me a glorious afternoon with Fran, Jack and Sally sitting in the back seat and Birdy and Lou up front with me. Let my car be a convertible with enough room for my mother to come along, too.

The wind will blow on our faces and dry our tears.

*Lou and Sally are not real names.

A Neighbor Shows Me How to Figure Out Ireland

The site was comical. On my way to St. John’s Lutheran Church recently, I drove past a neighbor who was poking leaves with a litter stick and sliding them into a big white bucket. The odd part was, there weren’t enough leaves to rake, maybe a hundred scattered over his yard.

“Why bother?” I thought. On the other hand, what a senior citizen does on a windy morning is none of my business.

We exchanged glances, me offering a smile, he raising his eyebrows and chomping on the last inch of a stogie.

I knew instantly that the man was trying to advise me. But about what? Cigar smoking wouldn’t suit my temperamental lungs, and gnawing on a cheroot would result in wife Kathy hesitating to kiss me.

No, the counsel had to do with leaves. A few days went by before I understood that my neighbor wanted to help me figure out Ireland.

The author with two new friends at the Cliffs of Moher. No, I don’t normally wear a scarf with a cardigan. There was a chilly mist coming off the ocean.

Since Kathy and I returned from the Emerald Isle a couple weeks ago, my spirit has been overflowing. Kind brother Ed and his wife Debby drove us all over southern Ireland to sites both popular and inconspicuous. I gave the Blarney stone a peck, communed with two cows at the Cliffs of Moher, knelt in prayer at St. Colman’s Cathedral, and at St. Michan’s Church let my hands hover over the keyboard Handel used to compose his “Messiah.”

Then there was the countryside, where cattle and sheep grazed within stone walls, and church and castle ruins gave the land gray benedictions, as they have for centuries. 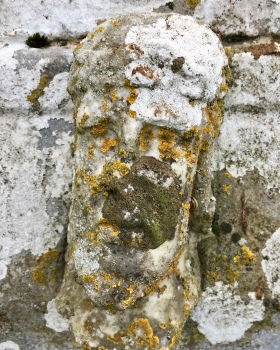 The inexorable passing of time

You can’t roam Ireland without feeling the inexorable passing of time. I’m home at the moment on an afternoon with intermittent drizzle—very Irish weather—but even now time’s gentle, but calloused, hands hold my face.

Part of me is in Erie, but part remains at Kilmainham Gaol, where architects of the 1916 Easter Rising awaited the firing squad. Joseph Plunkett, who married Grace Gifford in the prison chapel hours before his execution, was not yet thirty. After the ceremony in his cell, the bride and groom were permitted to spend ten awkward minutes together in the presence of guards. According to the tour guide, they sat quietly.

Another part of me reverences miles of stone walls. The only way to farm the island’s fields was to pry the limestone rocks out and pile them into long lines. During the Potato Famine (1845-1849), starving men were fed in exchange for clearing land and building walls that led nowhere. “Famine walls,” they were called. If grassy pastures were poetry, Ireland would be sonnets, beautiful but melancholy.

My great-great grandfather, Timothy Coleman, most likely sailed from County Cork to America before the historic blight that turned the country’s main food source to smelly mush. A million to starved to death and about as many emigrated elsewhere. Ireland’s population has never recovered the loss.

A dozen times each day, as I brushed ancient cathedrals with fingertips and tried to read eroded gravestones, Timothy’s absence haunted me. He was a farm laborer. I dreamt his face and imagined his voice.

Debby, who has dug into the Coleman family history, records the following about Timothy’s son, Edward: “[He] moved his family 31 times. . . .The family lived on mashed potatoes, gravy and hamburg.”

Part of me grieves for these ancestors I’ve never met and wonders with unfeigned love about their days and decades, their toils and joys.

Ireland rests in my spirit like the fallen leaves I’m studying, just a scattering this fall in Erie, Pennsylvania. I can only gather them one at a time, like my Oniontown neighbor did.

Timothy is but one leaf. Another is his wife Helen Salsman, who bore seven children. Someday Kathy and I will drive to Norwich, New York, and pay respects at her grave (1836-1918). We don’t know where Timothy is buried, which pains me a little.

A gleeful Kathy peeking out of the Witch’s Kitchen on the grounds of the Blarney Castle.

Leaf by stunning leaf I’ll sort through Ireland, maybe figure out why I was so moved by the walls and ruins, cows and sheep, friendly folks and all those starving spirits who built walls that now look like random adornment, innocent alleluias stretching toward the horizon.

If you see me these days with my eyes closed, I’ll be imagining Timothy Coleman and remembering the island he left behind. And if you catch me chewing on a stogie, pray that Kathy will kiss me anyway.

One of the best parts of Ireland was hanging out with Ed and Debby in interesting places, like this pub originally built in the thirteen century.

A crow perched on a stone wall in Blarney Castle’s Poison Garden. Stay tuned for a future post on the crows of Ireland. 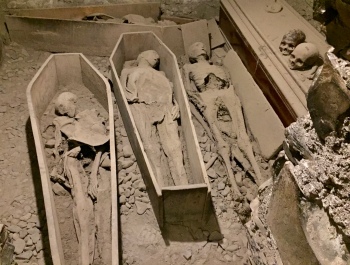