I was peeved. Pittsburgh Avenue in Erie was bustling on Saturday afternoon, and Mr. Pokey Joe had no business jaywalking while cars, including mine, bore down on him.

Then I recognized his predicament. He had a bum leg and, like me, was past his prime. Each step made him wince. The trek to a legal crosswalk would have been an ordeal, especially with a jammed knapsack thudding against his back.

My peevishness slunk away, tail between its legs. Of course, I was relieved not to have run the fellow over, but grateful as well for a human moment. That is, a connection with another person’s reality, a chance to remember in the midst of a day’s jostle and distraction that the faces I encounter belong to pilgrims worthy of my consideration. 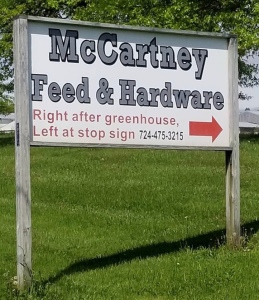 My life is mostly a pilgrimage from one human moment to the next. This past week, for example, I found myself at McCartney Feed and Hardware in Fredonia. I paid for 25 pounds of deluxe birdseed—call me extravagant—and took my receipt across the way to a huge barn.

As I waited, a machine reaching from floor to ceiling growled, rattled and rumbled. What was this behemoth all about? Thankfully, it hushed up as a young man arrived with my purchase.

I said thanks and turned to leave, but felt like I was ending a sentence with a preposition out of mere laziness.

“Hey, what does that thing do?” I asked.

Another member of the McCartney crew arrived and told me they would be putting oats in soon, but first they had to get residue out of the machine.

“Ah,” I said, “so you have to let the grinder clear its throat?”

They both nodded and laughed. I thanked them and drove off. That was about it.

I can’t swear to the specifics of what those McCartney’s guys explained to me, but here’s what I know. Carrying birdseed through the sunshine from barn to car, I was glad. All was well with my soul. The world seemed right, except for the odor of fresh manure, which my city nostrils haven’t yet learned to savor.

I had showed up with dollars, but the transaction was about people being together in harmony, however briefly.

“Oh, there you go again, John,” you’re thinking, “always with your head up in the clouds.”

Hardly! This is probably a good time to mention a caveat. If you want to collect human moments, prepare to be served joy and dismay in equal helpings.

Syrian boy Omran Daqneesh comes to mind. Pulled stunned and bloody from building rubble and set alone in an ambulance, he stares at me still, three years after a bombing raid ravaged his neighborhood. Maybe you saw his face on television.

Sad to say, for a sympathetic conscience, human moments arrive without permission. Go ahead, close your eyes. It won’t matter. Like light, love comprehendeth the darkness. 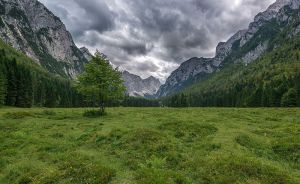 My wife Kathy is an oncology nurse, and she brings home impressions of folks passing through cancer’s lonesome shadows. Never names, ever, but plenty of heartache, including her own.

Sipping pinot noir as the evening news recounts inhumane moments, I embrace souls in Kathy’s care whose ends are near. One of them weighs next to nothing. Eternity is barreling toward her. She said through tears, “I don’t feel good.” The understatement catches in my throat.

I can see her. She wears a sleeveless summer dress like the ones my Aunt Mart loved, flowery prints. The poor lady’s hands, all scarlet bruises and torn skin, tremble in mine. She is weary, afraid, not ready to die.

Oh, yes, I can hear you thinking to yourself again. “John, stop dwelling on other people’s problems!”

No, I won’t. The fact is, you can’t have human moments all one way or all the other. If I didn’t appreciate a nameless patient’s suffering, then I wouldn’t have spotted bliss at a recent wedding. The couple made promises, and I pronounced them husband and wife. Minutes later the bride leaned into the groom, her smile as close to heaven as I expect to witness this side of glory. 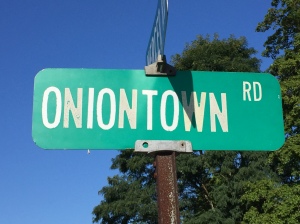 So I receive Omran and the bride as both package deal and personal obligation. The foreign boy and domestic woman and the McCartney guys and wincing stranger abide under my watch.

That’s how human moments work. When I neglect any neighbor near or far, I turn my back on the Creator who made this Oniontown pastor a human being in the first place.

One thought on “Oniontown Pastoral: The Human Moment”