Oniontown Pastoral: Story of a Hero in the Small Hours

“Elevander and Milkus,” grandson Cole said through tears from the foot of my bed. It must have been around 1:00 a.m.

Cole and his little brother Killian had landed at Grandma Kathy and Pop’s house at 6:00 p.m. for a sleepover, followed by our Sunday drive to Oniontown for church. 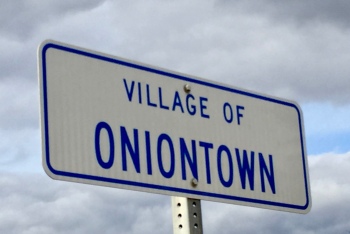 Half an hour later, Kathy and Cole were cuddling when she said he felt warm. I kissed our ginger’s forehead, the temperature-taking method my late mother used. The patient was not quite burning up.

Kathy encouraged grape ibuprofen, but was rebuffed. No surprise there. Our own daughter and son regarded any remedy for a fevered brow as outrageous, possibly unconstitutional.

By 7:30, Cole was ready for bed. A scant half of our enclosed front porch serves as a prayer corner for Pop, and the rest is “Cole’s Room,” dubbed by the lad himself with the same swagger Columbus displayed in claiming the West Indies for Ferdinand and Isabella. On sleepover nights, the sofa bed there gets pulled out, and Grandma and “those babies,” as she calls them, prop themselves up on an embarrassment of pillows, lean into each other and watch cartoons. 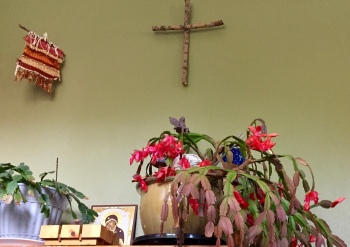 A scant space for prayer

Kathy, it must be noted, is no grandson’s fool. She goes for a soft sell. “Hey, best buddies,” she says, “it’s time to get ready for bed.” Not time to sleep, mind you. These things must be done delicately. First, get pajamas on, then slide under Grandma’s feather comforter with nightcap in hand—juice box, tortilla chips, rack of lamb, whatever it takes. Eventually, glad bellies and slapstick animation lower the boys’ defenses and slumber descends.

The routine is glorious, every crumb and dribble of it. On the night in question, Killian was clinging to wakefulness when I retired to Pop’s Room. Cole was long gone.

Having a queen-sized bed to myself ought to be glorious, but I’d just as soon keep our quartet together the whole night through. With Grandma Kathy between them, though, Cole and Killian’s last waking moments on that lumpy sofa bed seem an adventure, as if she is keeping watch as they sail over dark waves toward dreamland.

Whenever the boys stay over, my sleep is light, ears keen, especially to a child’s cries. Kathy can normally rock and coo her shipmates back to sleep, but occasionally Pop is called upon to sing a shanty of sorts.

That’s what brought Cole to the foot of my bed. He needed a story—not from a book but one of his very own. The protagonists of choice are Elevander and Milkus, stuffed brother and sister rabbits whose names Cole inexplicably blurted out to his mother one day.

The plots of late are as unlikely as the characters’ names. A year ago a micro-tornado hit my daughter’s house, flinging the boys’ swing set over telephone wires a full block away.

In my yarns, Cole found Elevander and Milkus hiding behind the garage after the twister. He brought them into the house and cared for them until a climbing wall replaced the swings. Then he made them a home in its shelter. Hay from Grandma Kathy’s garden provided a sweet bed, and Cole asked Killian to get lettuce and carrots from Mama for his friends.

Telling Cole a new chapter, I knew Kathy and I wouldn’t be bringing those babies along to Oniontown in the morning. They would go home instead. Still, I was determined to remain at my post and finish my duty.

After surrendering to sips of grape medicine, my boy lay nose to nose with me as I recounted the arrival of two squirrels whose tree had blown down. They had heard rumors about the boy nearby who took in a couple of frightened rabbits.

Elevander and Milkus happily shared quarters with their bushy-tailed neighbors, and Killian ran to get them peanuts from the cupboard. 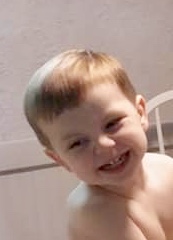 The next day, of all things, a lost pony showed up. Cole figured the rabbits and squirrels could spare some hay for their new guest until Grandma brought more. Everyone had plenty to eat, a place to sleep and love enough to believe that tornados are no match for kindness.

Part way through my tale, Cole made a bathroom run. Pausing at the foot of the bed, he put up his finger and said, “I’ll be right back, Pop.” As if I would go on without him!

Cole doesn’t realize yet that he is the hero of every Elevander and Milkus story. I want him to fall asleep knowing that real heroes are most of all kind.

One thought on “Oniontown Pastoral: Story of a Hero in the Small Hours”