Oniontown Pastoral: We Could Get Together for a While

Of everyone on my Christmas gift list, my father was the toughest. If he wanted something, he went out and bought it—not that he spent much. He wore Velcro sneakers, Navy-issue boxer shorts, and store brand polo shirts. What treasure do you wrap up for a consumer who rarely ventured beyond Kmart and whose favorite song was Morris Albert’s “Feelings”?

In the early 1990s, I proposed that a couple times each month we go out for lunch. “That’s a perfect gift!” he said. Ironically, Dad picked up the tab, but food was incidental. What we both needed was time.

During my current season of life I’m taking many backward glances and discovering not only that time was the best gift I ever gave Dad, but it always has been the one possession most worthy of sharing with anybody.

Actually, “time” is the wrong word. Where relationships are concerned, minutes and hours are the accepted way we measure our presence to each other, numerical values we assign to shooting the breeze or holding hands. What counts, though, is offering my very self to you and you responding in kind. 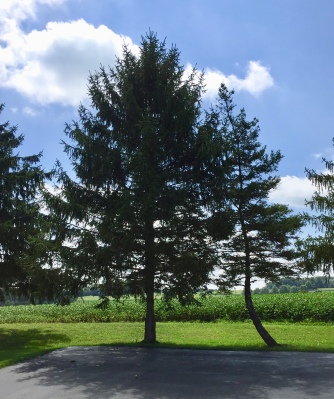 We’ve developed strategies to make being together appear less schmaltzy. We “do lunch” or “have coffee.” We go to painting and wine parties. Decades ago my mother would announce, “I’m having ‘club’ here tonight.” Pinochle, that is. The ladies kibitzed hours after the cards were put away.

I’m a fan of every conceivable excuse to be where two or three are gathered, but I’m also partial to truth telling, at least where conversations of one are concerned. By the time I’m finally ready to lay my burdens down, the life that passes before my eyes ought to be an edifying story with themes that never die.

And so when my 5th grade teacher Mr. Grignol took me golfing one Saturday morning in 1973, the hours were sacred. He gave me two sleeves of balls because the three in my bag might not be enough. I asked if his Chevy Impala, a drab-green behemoth with four-on-the-floor, had power steering. “Yeah,” he grunted, “man power!”

I now think to myself, “He didn’t have to spend a morning with a student going through a rough patch of childhood.” Right now, I’m standing beside Mr. Grignol again, watching to see if the drive he has just crushed will clear a pond. “If that one doesn’t make it,” he says, the ball soaring away, “I can’t do it.” Few of the wonders I’ve witnessed top waiting shoulder to shoulder with my teacher for a splash or a safe landing, his presence alone a grace he could not have reckoned. 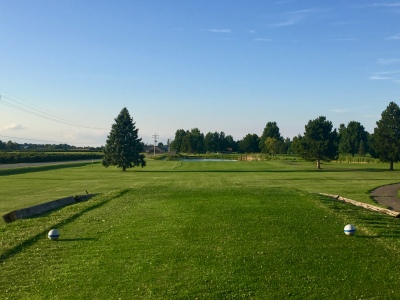 My professors at Behrend College in the early 1980s gave of themselves richly and definitely without material reward. Their tenure and promotion didn’t ride on having winding discussions with undergraduates at the beach or in a bar, but I profited as much from those classrooms as the ones on campus.

Is it too much to claim that most human activities are window dressing for the sacrament of rubbing elbows and wagging chins? The Saturday Star Trek nights my old neighbors and I used to observe were a front for socializing. Often an hour or more passed before we got around to picking an episode to watch.

Or take church meetings. I no longer wonder why they tend to go on longer than necessary. “We could go walking through a windy park,” England Dan and John Ford Coley used to sing, “or take a drive along the beach or stay home and watch TV, you see it really doesn’t matter much to me.”

Day by day, the world over, the best reason for celebration and often the only prescription for heartache is an invitation: “We could get together for a while.” 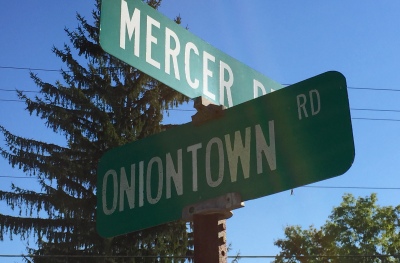 Perfect place to get together

Example: Jessica showed up at St. John’s last week and sat down across the desk from me with a stunned expression. Hours before she had held the family cat Riley, who had to be put down unexpectedly. What was there to do other than let disbelief hang in the air between us and lighten the sadness by each of us taking half?

Words aren’t much good when your young cat winds up with a tumor in the belly or your golf ball plunks into the drink, as Mr. Grignol’s did. More often than not, I keep my mouth shut about tears and bogeys. Best to hush as you and I stare at the horizon together, never knowing what will happen next.

3 thoughts on “Oniontown Pastoral: We Could Get Together for a While”