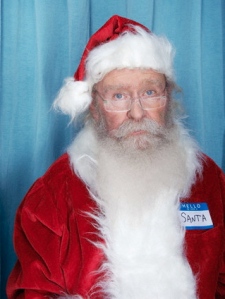 Crying sits in my chest and leans on my throat. Zoloft be damned, I’ll be wiping away tears before this Black Friday of 2013 is over—tears and snot.

(Blogger’s Note: I apologize in advance for some of what follows. This post should be an outburst of  joy, but if you’ve been sticking with me any length of time, you know I try hard to be emotionally honest. So I’m going to tell the truth.)

I’d planned on being a curmudgeon today about Black Friday’s syphilitic insanity infecting Thanksgiving. I have lots to say about that but will hold off for a while. Instead, I’ll share the e-mail and Erie Times-News story that are making this 8:50 a.m. at Starbucks complicated. Bad news first. 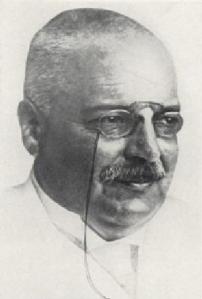 Headline on page 2-A of the Erie Times-News on November 29, 2013, right under a lovely piece by Kevin Cuneo about the luscious scents of Thanksgiving cooking overcoming his dog’s skunking of the family home: “Man fatally shoots roving Alzheimer’s patient.” Here’s the story (skipping paragraph breaks):

CHICKAMAUGA, Ga. – Authorities in northwest Georgia said a man shot and killed a 72-year-old he thought might be an intruder but turned out to be a wandering Alzheimer’s patient. Walker County police told the Chattanooga Times Free Press that Ronald Westbrook had walked about 3 miles in the sub-freezing temperatures before knocking on Joe Hendrix’s door just before 4 a.m. Wednesday. Hendrix’s fiancée didn’t answer, instead calling the police. Sheriff Steve Wilson said before deputies arrived, Hendrix went into the backyard with his handgun, where he saw Westbrook in silhouette. Wilson said the 34-year-old Hendrix recalled giving Westbrook several verbal commands, but the advanced Alzheimer’s patient didn’t respond. Hendrix then fired four shots. Wilson said charges could be filed but that Hendrix didn’t violate any laws by walking out into his own yard.

I don’t think walking out into his yard was the objectionable part! Some months ago I shared a post entitled Viewing Dad’s Death Loop at Gethsemani in which I described my father’s dementia. I’m the proud owner of a I Survived My Parent Going Bat Crap t-shirt. For me, it wasn’t Ronald Westbrook knocking at Joe Hendrix’s door. The man’s name was Denny Coleman, he was eighty-five, and he was so far gone that while staying at my house, he wandered into the wrong room in the middle of the night and pissed in my clothes basket. It was my confused, tormented dad who, lost and freezing, knocked on a door. When nobody answered, Dad walked into the backyard and stood in the corner, in the dark. Some guy started screaming at him, but since he couldn’t even remember whether his son was his son or uncle or brother or father, he stood there silently. Then Hendrix shot my dad’s silhouette four times. Then Dad wasn’t flummoxed or agonized anymore.

That should about cover it.

That’s how I processed the article. Conveniently, as I sat breathing, “White Christmas” played in the background, with Bing Crosby whistling like my dad used to. Of course, I also immediately thought of the woman in suburban Detroit who knocked on a door in the middle of the night because her car broke down and ate lead for the effrontery. God didn’t make enough tears and the devil didn’t make enough expletives to communicate my sadness and rage. If Hendrix had actually shot my dad, the upset would rise to another terrible height, but I’m just saying that 133-word story out of Chickamauga has sucker punched a once-in-a-lifetime morning. No worries. I’ll work the ache out of my jaw, pop four ibuprofen, and move on to today’s best news story, which showed up via e-mail:

Love you, soon to be grandpa

(Yes, my wife calls me John Coleman.) If question marks are any indication, Kathy is giggling and jitterbugging at work, The Regional Cancer Center. As soon as I read her note, that cry I mentioned rose in my chest. It will come out in its own time.

Like Dr. John Watson, I’m guilty of telling this story wrong-end foremost. As it happened, I read Kathy’s sweetness-and-light message, imagined holding my grandson and kissing him on the head, then opened the newspaper, where a befuddled old man’s killing had me staring at my father, scared in the darkness. 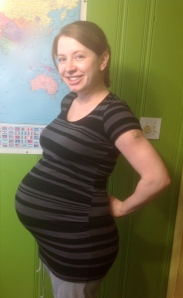 Elena on Thanksgiving. I think my turkey gravy induced labor.

So what wins? The execution of a shadow? Or light and life? It seems like the former is always throwing a haymaker at the latter, meaning to knock it out of the ring.

My money’s on light and life. The light shines in the darkness, and the darkness did not overcome it. That’s what the Gospel of John claims, and even if I weren’t a Christian, I’d still believe it. Sorry for being a fool, but the alternative is too much to bear.

With luck, light will shine this Black Friday. My grandson may enter a bright land he couldn’t have imagined and be embraced immediately by dazzling love. Let that also be so for Ronald Westbrook, Denny Coleman, and one day, you and me.