(Note: This is the first in an ongoing series of short pieces–micro-posts–on stories/information of interest to nappers. I hope to offer a quick, entertaining read.) 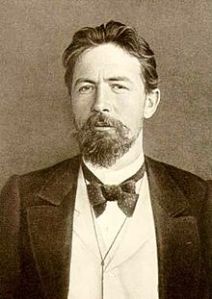 Listening to Garrison Keillor’s The Writer’s Almanac this morning, I learned a few things about playwright and short story writer Anton Chekhov. If I’d have paid better attention in college, I’d have already known that . . . 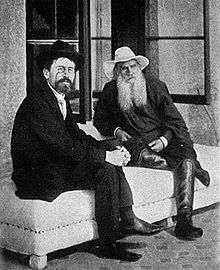 Chekhov and Tolstoy at Yalta in 1900 (Credit: Wikipedia)

I suppose it’s hard to argue with success—to be celebrated for a work that you didn’t mean . . . that way . . . exactly. Shortly after the play’s premier in January of 1904 Chekhov listened to his doctor and went to a spa in Germany. I’ll let Garrison Keillor deliver the punchline:

“While in Badenweiler, [Chekhov] suffered a series of heart attacks. The doctor offered him sips of champagne, which was supposed to be beneficial to people with heart conditions. Chekhov remarked that he hadn’t had champagne for ages. He then turned on his side, closed his eyes as if to take a nap, and died.” 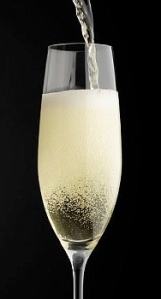 In Your mercy, give us safe lodging, a holy rest and champagne at the last. (Credit: corbisimages.com)

Anton Chekhov was only forty-four, but what a way to go: champagne on his tongue, a nap in his heart, and a gentle exit.

P.S. My book, Oh! Be Joyful: Notes to My Future Grandchildren, is nearly ready for release. Stay tuned in the weeks ahead for details.

3 thoughts on “Micro-Post: The Gentle Death of Anton Chekhov”