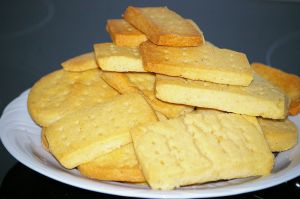 2 thoughts on “Is Your Ego Depleted? Try a Cookie and a Nap.”